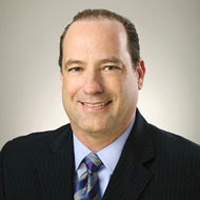 Tim Mosley is a Wealth Management Advisor and Certified Financial Planner (CFP®) in the downtown San Jose office of Merrill Lynch/Bank of America and joined the Greater Opportunities Board of Directors in 2017.

In addition to his tenure in financial services, Tim has over twenty years of marketing, business development and consulting experience in Silicon Valley having worked at such firms as Apple, Lockheed Martin, AC Nielsen, The Gartner Group as well as several startups.

Tim’s interest in Greater Opportunities stems from wanting to give back to an organization who is doing meaningful work in this area especially given that his son is on the spectrum and may require resources of this type in the future. 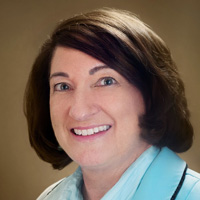 Kathie Sheehy joined the Greater Opportunities board in 2012. She is married and the mother of three grown children (two of whom easily earned Master’s Degrees, and one of whom has struggled with learning challenges).

As a graduate of Santa Clara University, Kathie has been involved in Santa County for 30 years, working to help benefit others. Her background includes jobs with skills training programs for people of low income, managing a high tech Human Resources Department, Nonprofit Funds Development Management, and working with small businesses to find products and services which facilitate their operations. She is currently an Account Associate with Aflac. Kathie has served on nonprofit boards for 18 years. 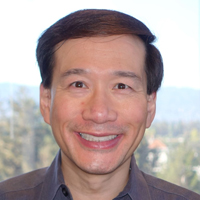 Melvin Chan is an intellectual property lawyer at the Aka Chan LLP, a Santa Clara firm which he founded in 2005. Previously, Mel earned his B.S. in electrical engineering and computer sciences from the University of California, Berkeley. He earned a J.D. from McGeorge School of Law, University of the Pacific. Mel has been practicing intellectual property law since 1994. Mel began his career at and is a former partner of Townsend and Townsend and Crew. Mel is a member of the California bar and is registered to practice before the U.S. Patent and Trademark Office.

Mel has been active in nonprofit work as a board member of the Asian Law Alliance, where he has served as board president, and currently serves as treasurer. He supports other community organizations including the American Bar Association of Silicon Valley and Asian Pacific Fund. Mel joined the Board of Directors at Greater Opportunities in 2014. 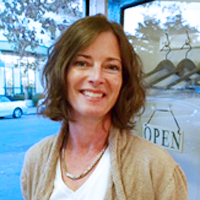 Cindy Bullock joined the Greater Opportunities Board of Directors in 2016. She is the mother of two boys. Her oldest child is diagnosed with autism and has been a consumer at the Day Program since 2014. Her youngest attends a local community college.

She was born and raised in Dallas, Texas and she attended the University of Texas at Austin where she received a Bachelor in Business Administration. She obtained her CPA and practiced in public accounting until she took “early retirement” to raise a family.

Cindy moved to California in 1994 and joined the Junior League of San Jose. During her tenure with the Junior League, she has been the Treasurer, Membership Chair, Nominating Chair, Business Manager to the Rummage Sale, Finance Vice President, Sustaining Council to the Board, and most recently the Endowment Fund Advisory Board President. Currently, Cindy works part time at the Children’s Discovery Museum in downtown San Jose as the Accounting Assistant. 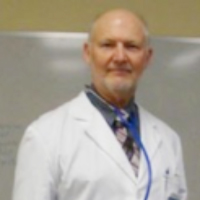 William Dawson is the Founder and Chief Resident at Hopewell Medical. He holds a Master of Science degree from Five Branches University and Doctorate of Acupuncture and Oriental Medicine from The University of East-West Medicine.  He is licensed by the State of California and is Nationally Certified by NCCAOM. He is a Professor at the University of Herbal Medicine for Cancer in Hayward. Recently he was distinguished to be accepted as the 5th Generation recipient of the Cheng Acupuncture Lineage.

Dr. Dawson began studying Chinese Medicine in 1994 in China completing his studies at the prestigious Five Branches University. He also attended The University of East West Medicine and Nine Star University in California. Each year for the month of August he is an invited Guest Doctor working at Hospitals and Clinics in Beijing PR China. His practice specializes in Pediatrics, Gynecology, Neurology and Cancer Treatment Support. He initiated the MediVets Program which provides FREE treatments to American veterans for any conditions ranging from Colds to Alzheimer’s.

In addition, in 1973 he earned a Bachelor of Applied Science Degree in Electrical Engineering and worked in the Medical Electronics field as an Inventor and Researcher.  Mr. Dawson also speaks Mandarin and reads and writes Chinese. In his spare time he flies a Great Lakes Biplane and Rotorway 162F Helicopter.

As a member of the Board of Directors for Greater Opportunities Dr. Dawson has been given the opportunity to improve the lives of the most difficult of medical cases – people with physical and mental disabilities. He truly feels that it is a pleasure to support the tireless work of the staff if just to lighten their burden a little. Dr. Dawson has provided to GO through his two clinics a portal through which public awareness of the goals, services and needs of this organization can be promoted. Dr. Dawson’s favorite activity is visiting GO client attended events. Dr. Dawson believes that his glass is always at least half full.

Help change the life of a person with a developmental disability to live with dignity, acceptance, fulfillment and independence. Your transaction is secure and appreciated.

Send a Message
Greater Opportunities For The Developmentally Disabled
Share This