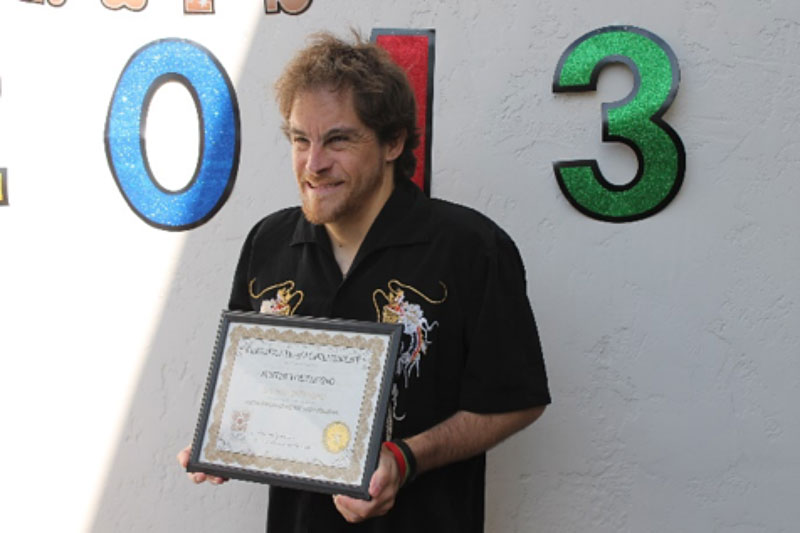 We are very proud of Justin’s tremendous athletic and sportsmanlike achievements as San Jose’s “Special Olympian of the Year”. An avid athlete, he was honored by Special Olympics for excelling as a competitor in swimming, basketball and softball. But these are not the only sports he loves – he also plays flag football, soccer, and golf! If there was an Olympics for video games, he would win that too!

Justin is not just a skilled athlete, he is a true team player. He likes to help others. When you watch him play basketball, he is always looking out to win for the team, deftly passing the ball to others when appropriate, and at times making his own 3 point shots – just like Stephen Curry. As Justin says: “I mostly like the camaraderie of team sports. My team members are friends that I made through Special Olympics.”

Justin graduated in 2013 from Greater Opportunities’ “Cortez Semi-Independent Living” skill training program that is hosted at our 6 unit apartment building in Sunnyvale. He learned independent living skills through classroom participation and individual coaching. After graduation, Greater Opportunities’ Independent Living staff placed Justin in his own apartment in San Jose, where he has since continued to grow and thrive. Justin says “I discovered that being on my own I can take care of things that I couldn’t do when staying with my parents. It made me a better person.” With continued coaching and support from Greater Opportunities’ ILS staff, he’s come a long way. As Justin puts it, “Cortez started me off in the right direction, learning tools I needed once I got on my own. I feel the glow of living on my own.”

We are also glowing with pride for you, Justin!

Help change the life of a person with a developmental disability to live with dignity, acceptance, fulfillment and independence.

Your transaction is secure and appreciated.